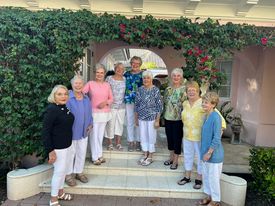 The Cretin Class of '65 held a 'collective' 75th Birthday Party on May 4 at Skinner's in St Paul.
46 classmates got together for the celebration! The attendee who traveled the farthest was Tom Cook from New Jersey.

David Hietpas '79† developed a story that was then written by Matty Caron '79 and illustrated by Bill Tierney. The children's book, Saving the Night, is available now. The main character is Monty, named after Pat "Monty" Towle '79†.  Quentin is named after David Hietpas' dad who has been very involved in our school over the years. Wally the wolf is named after Wally Wescott '53.

Chuck Miesbauer '03 has accepted a job as a Financial Representative with Northwestern Mutual in Mendota Heights. He will be helping individuals and families meet their financial goals by utilizing a combination of insurance, investment, savings, and tax optimization strategies. 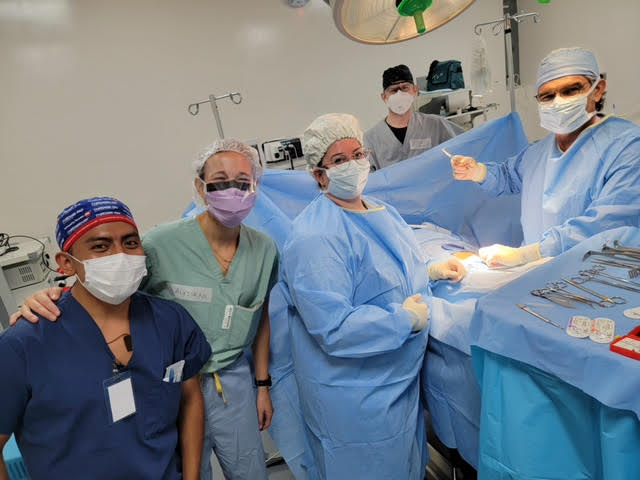 Alyssa Karel Ylinen '07 traveled with a group of surgeons, nurses and surgical techs to Antigua Guatemala, a small city about an hour outside of Guatemala City through an organization called Guatemala Surgery. Guatemala is a country in which access to quality healthcare is scarce, so the presence of foreign medical mission groups is quite common. They spent a week working at Hermano Pedro Hospital, a hospital started by the Franciscan Friars. As three teams, they spent the week providing general and gynecological surgeries to Guatemalan patients, working alongside Guatemalan staff at the hospital. "My interest in this type of volunteer work definitely started during time at CDH, when I was able to travel to El Salvador on a service trip my senior year," she said. "It was an incredible week of work and I hope to return soon!"

Noah Johnson '18 plays for St. Olaf's Ultimate Frisbee team as a starter on their D Line. They made it to the DIII National Finals in Milwaukee!